IE10 and below are not supported.

Uncovering History in the East End 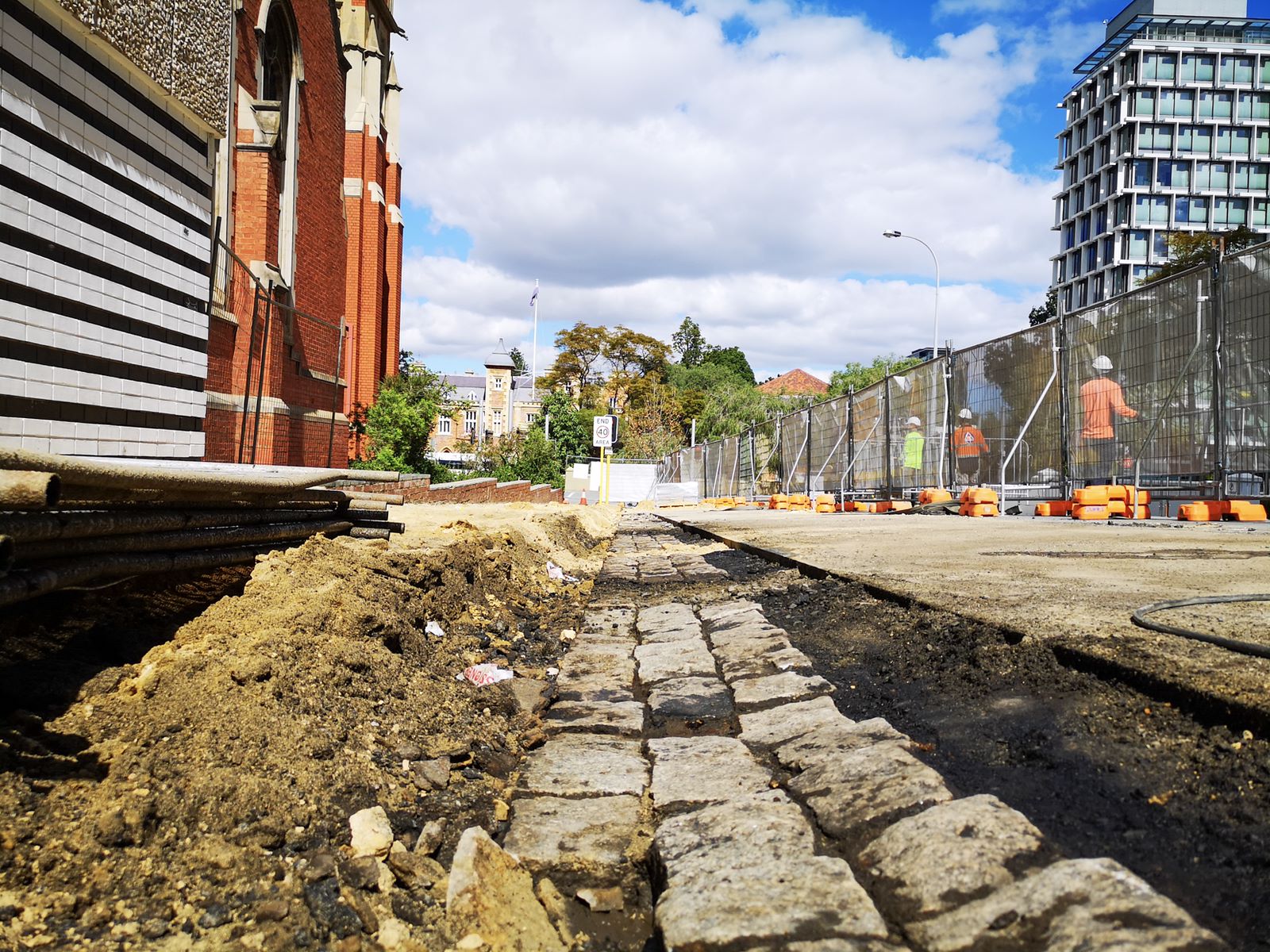 During recent works on Pier Street the construction crew uncovered original granite cobblestones dating back to the early 1920’s. It is thought the cobblestones which weigh 2 kilograms each, came from Stathams Quarry in Gooseberry Hill and were similar to the early asphalt roads that appeared in Perth in the 1880s.

The cobblestones have now been removed and are stored away awaiting their next home, likely in another area of the East End.